Five Benefits of a Life Insurance Policy During Retirement

Entering into your retirement years is a time that many (if not all) people reassess their assets and financial plans in order to ensure our golden years are secure. All too often, during that review a life insurance policy starts to look more like a liability given the typical life changes (the family is grown, the mortgage is on track or even paid off) at this stage in life. This is especially true when the likelihood of increasing life insurance premiums and healthcare costs looming on the horizon are considered. But here are five compelling reasons to keep that life policy in-force, when possible:

Elder Abuse in America – The Numbers Are In

New data from the Department of Health and Human Services shows that in 2018 there were over 282,000 cases of elder abuse reported. Among the types of abuse reported were neglect (37,677 cases), financial exploitation (33,685 cases), emotional abuse (25,321 cases), physical abuse (20,406 cases), and “other” (17,606); but the largest category unfortunately was self-neglect which eclipsed the preceding five categories combined at 144,296 cases reported. This startling figure has been on the rise in recent years, and these were only the cases which were reported. 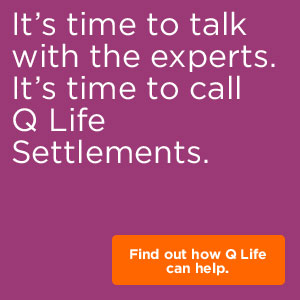