What is a modified endowment contract?

Technically speaking, MECs are actually not life insurance policies at all, even though they still usually pay a tax-free death benefit. They can better be described as tax-advantaged savings vehicles similar to annuities, except that they generally pay a death benefit that is equal to 2 or 3 times the amount of money that is in the policy when the insured dies.

But it should be noted that a traditional permanent life policy can never become a MEC because of the growth of the cash value. It can only become a MEC by absorbing too many dollars of premium payments within a certain period of time (see below).

Modified Endowment Contracts: Where they started

Modified endowment contracts were first conceived in the late 1970s when life insurance carriers sought to leverage the tax-advantaged treatment of traditional universal life insurance policies. They did this by creating new insurance products that allowed policyholders to make huge initial contributions into the policy and essentially use it as a standalone tax shelter.

Congress took a dim view of this practice and decided that it was going to limit the amount of money that could be poured into traditional flexible premium cash value life insurance policies. To this end, it passed the Technical and Miscellaneous Revenue Act (TAMRA). This key piece of legislation introduced the 7-pay test as a means of limiting life insurance contributions to what it considered to be a reasonable level. This legislation ultimately led to the creation of the MEC.

Before this law was passed, all income that was withdrawn from a cash value life insurance policy was taxed on a first-in, first-out (FIFO) basis, which meant that all withdrawals up to the total amount of premiums that were paid into the policy were treated as a tax-free return of principal.

In a nutshell, the seven-pay test that TAMRA (The Technical and Miscellaneous Revenue Act of 1988) instituted mandates that there is a maximum amount of annual premium dollars that can be placed into a traditional permanent life insurance policy over a given seven-year period. This limit is calculated using the age of the insured, the cost of insurance, the health risk rating, and assumptions about mortality rates and current interest rates. If the total premium that is contributed exceeds this limit, then the policy loses its tax-advantaged status and is then classified as a MEC.

Before this federal tax law was passed, consumers could buy very small flexible premium life insurance policies and fund them with enormous amounts of money that could grow tax-free. They could then make huge tax-free withdrawals and pass the policies on to their beneficiaries on a tax-free basis. Congress sought to plug up this loophole in the tax laws of the United States with TAMRA.

The IRS has also instituted its own set of laws pertaining to the tax treatment of traditional life policies. These rules also limit the amount of money that can be placed into both single premium and flexible premium cash value life insurance policies.

IRS regulations now stipulate that level premiums made over a 7-year period cannot be more than what is needed to fully fund the policy. All policies that exceed this limit are immediately reclassified as MECs. The IRS rules supersede those of the 7 pay test and apply to any type of cash value policy including whole life insurance, universal life and variable life policies.

The vast majority of life insurance companies today will not permit their policy owners to violate the contribution limits prescribed by TAMRA or the IRS. All single premium life insurance policies are now classified as MEC policies, and all flexible premium life policies now have both annual and cumulative limits on the amount of money that they can take in. This amount is calculated by the life insurance carrier based on the age of the insured and the size of the face value (death benefit).

Joe buys a new life insurance policy with a large death benefit. The insurer dictates that the maximum allowable premium that can be paid into the policy is $8,411 per year, and the cumulative amount that can be contributed over the next 7 years is $45,000.

It is also important to note that if the amount of premium paid into the policy in a given year is less than the annual limit prescribed by the insurance company, then the amount of excess premium that exceeds the actual contribution is automatically applied to the following year. If Joe were to contribute premiums totaling $7,000 in the policy’s first year, then the remaining $1,411 that he could have contributed will be added to next year’s limit of $8,411. This means that he could contribute premiums totaling $9,822 the following year.

However, Joe cannot make the maximum allowable contribution of $8,411 every year for all seven years, because the total amount of premiums that were paid would far exceed the allowable cumulative limit of $40,000. If he reaches that amount before the seven years are up, then he would only be able to make premium payments for the rest of the term that are within the annual guideline minimums prescribed by the IRS. But these limits expire at the end of the seven-year term unless a material change is made to the policy, such as increasing the death benefit.

One exception to the rule described above is if the death benefit of the policy is decreased. If this happens, it will not automatically reinstate the 7-pay test, but it could result in the policy being reclassified as a MEC. This is because the cumulative premium limit would be lowered proportionately as well, and the total amount of premiums that were paid in accordance with the previous higher cumulative limit may now exceed the new lower cumulative limit.

The tax implications for single premium policies (MECs) are materially identical to the tax rules for nonqualified annuities. They are both taxed on a last-in-first-out basis (LIFO). This means that all income that is withdrawn from either type of vehicle is taxed as ordinary income until all of the growth in the policies has been exhausted. Any remaining withdrawals are then counted as a tax-free return of principal. Their cost basis is the purchase price.

Also be sure to find out what the tax treatment is for MECs in your state. The rules for taxing MECs in New York could be very different from the rules in California.

Eric invests $100,000 in a modified endowment contract. His MEC pays an interest rate of 7%, so he earns $7,000 during the first year. He then withdraws this amount to pay for some car repairs. He must report the entire $7,000 as ordinary income on his income tax return the following year.

This means that he will pay tax on this income at his top marginal tax rate. And if Eric is younger than age 59 ½, he will also pay a 10% early withdrawal penalty ($700) on his withdrawal just like he would with an IRA. But the interest that is generated inside a MEC always grows on a tax-deferred basis.

TAMRA specified that any life insurance contract that was issued after June 21st, 1988 that fails the 7-pay test will automatically be classified as a MEC. The tax rules described above will apply to all policies that fall into this category. Policy loans that are taken from a MEC are also taxed as ordinary income.

Why would I buy an MEC?

MECs can be useful estate planning tools if they are used correctly. The approach that many financial planners take is to divide a client’s money into three categories.

This last category is where MECs can come into play. If a client has non-MEC assets such as a $150,000 CD that is designated to go to the client’s daughter, then it could be cashed in to buy a MEC for the same amount.

The MEC will most likely earn a higher rate of interest than the CD, and the face amount (death benefit) could easily be around 2 ½ times the amount of the CD. In this case, that would be about $375,000. And this money would be tax-free for the daughter.

Are MECs right for you?

MECs do not enjoy the same tax benefits that traditional life insurance policies do, but they still have their uses for both estate and retirement planning. They allow investors to convert assets that they aren’t ever planning to use into a lump sum of tax-free cash for their beneficiaries.

Consult your financial advisor for more information about modified endowment contracts and how they could benefit you and your heirs. And if you own a life insurance policy want to know how much cash it’s worth, learn more about life settlements and try our free life settlement calculator. You can also call Q Life Settlements at 866-679-9410, contact us here, make an appointment, or email us info@qlifesettlements.com to discuss your situation. Our team is available and ready to explain to you all that you would want to know about life settlements.

Steven Shapiro is the founder of the Company and also the President and CEO of Q Capital Strategies, LLC and Life Settlement Solutions LLC. Steven has been active in the life settlement industry for the last 18 years. In addition to his life settlement experience, Steven has expertise in strategic consulting, investment banking advisory services, and private equity investing. Steven holds a B.A. degree in economics from the University of Pennsylvania and an M.B.A. in finance and entrepreneurial management from The Wharton School of the University of Pennsylvania. Steven is also the immediate past Chair of LISA (having previously served as Chair), the Life Insurance Settlement Association, the oldest and largest trade organization in the life settlement industry. 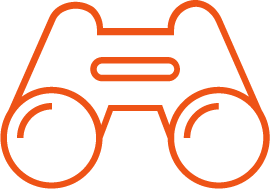